June 02, 2015
Hello again my readers! It's almost summer time! That means less time running the oven in the house and more time outdoors with the grill. So to wrap up something I've been working on, let's get to it. Say Hello to my delish oven-baked "fried" chicken recipe.

A few months ago I tried something new and I'd been making a little tweak here and there, perfecting it. Now I 'm ready to share. But first, some back ground story.

When I was a tween and learning to cook, one of the first cookbooks I got was Kids Cooking: A Very Slightly Messy Manual

by the Klutz Press. There was a recipe in there for oven "fried" chicken that used crushed cornflakes. It became a regular thing in our house, so I've had a spot in my heart for oven baked chicken since. Now, I've gotten away from using cornflakes and wanted something flour-dredged so it was even more like real fried chicken. And I found a way to do it. 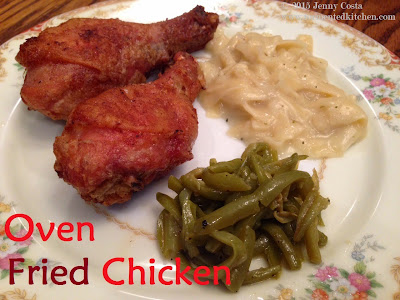 I've only tried this with drumsticks, but I'm sure it will work with other cuts of chicken.  The cornflake recipe was good for everything, but you had to adjust cooking time depending on which part of the chicken might need more or less time in the oven.  For my own simple-is-better take on things, I stuck with all drumsticks so I didn't have to adjust timing too much.

I've made this pretty mild since I have one kid that loves hot 'n' spicy (him) and one that won't touch it if there is even any black pepper visible (her). I used to put a generous sprinkle of Luzianne Cajun Seasoning

on my cornflake chicken so that is still an option for future batches when the rest of us want some spice.

1. Line a 9"x13" baking pan with aluminum foil.  Pour the melted butter into the bottom of the pan. 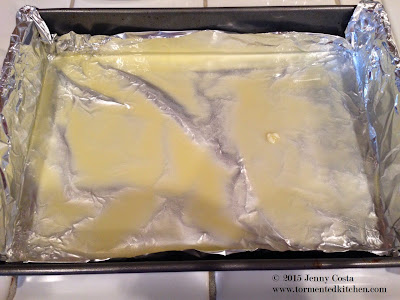 2. Combine the dry ingredients for the flour dredge mixture in a gallon size plastic baggie. 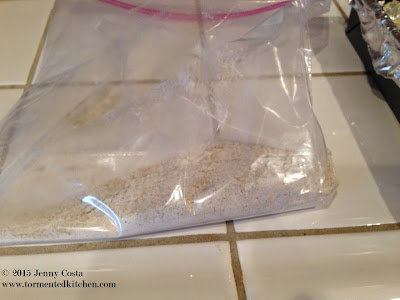 3. Add chicken legs, one or two at a time and shake until well coated with the flour mixture. 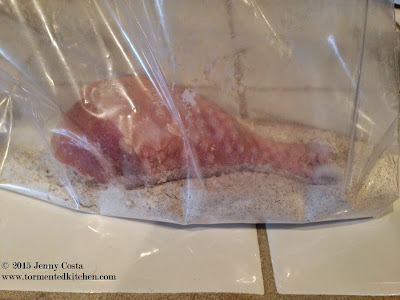 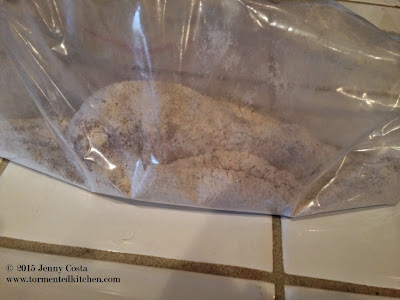 4. Arrange the chicken legs in the prepared pan. I like to start them skin side up. Bake in a preheated 450F oven for 30 minutes. 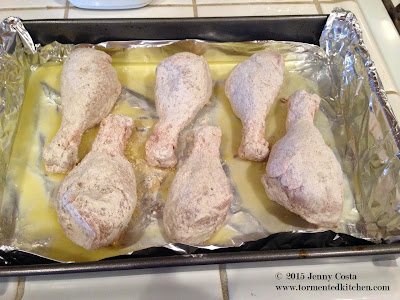 5. After the 30 minutes are up, remove the pan and flip the legs over. Cook for another 15-20 minutes (at high altitude) or until the chicken is done. That means clear juices when poked and the meat should loosen from the bone easily 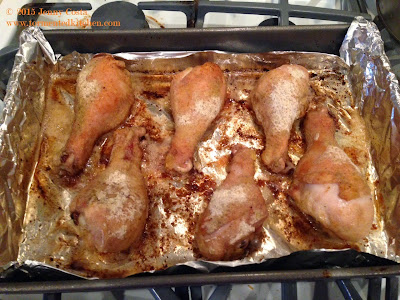 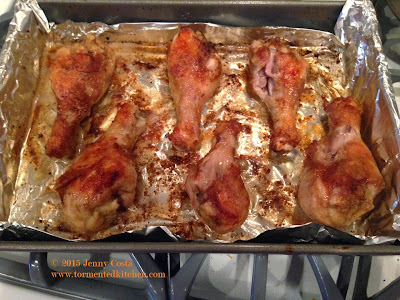 6. See how roasty and brown they got? That is some good stuff,  but beware I did set off the smoke alarms with my last batch. (Oops Jenny!)  Keep an eye on yours so they don't get to the point of smoking up your house. 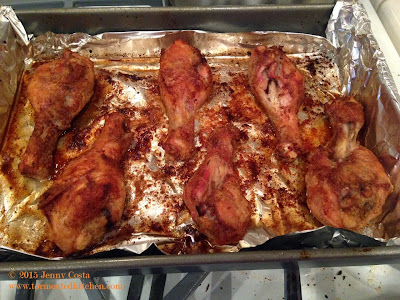 7. Serve piping hot with some traditional sides, like mashed potatoes and gravy, saucy noodles, rice, some fresh or pickled veggies, or slaw. 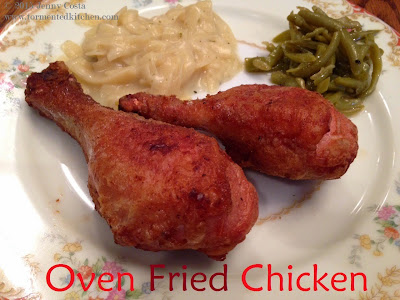