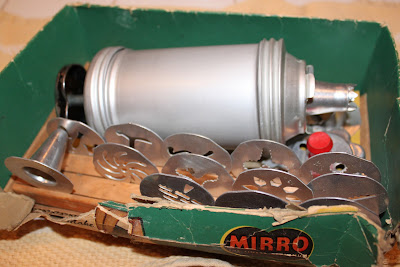 Did you know that children's TV channels often advertise things that are not geared toward children as well as things that are annoyingly interesting to children? I don't mean just toys, Skechers, and movie advertisements. I mean stupid thing like aluminum wallets and bacon-cooking devices for the microwave. First, ages ago, Eric was enthralled with the Baby Bullet.  Are you familiar with the Magic Bullet blender/food processor? Well, this device is the same thing aimed at mothers who would want to make baby food from scratch.  Eric insisted that I needed one to make healthy food for his baby sister. (I did not buy this already owning two food processors, a blender, a manual baby food mill and no desire to spend more $$$.) Shortly, actually perhaps a year later, he saw a puppy house-training pee pad. Since we had just brought Topaz home and he was having serious issues with going everywhere we didn't want him to go, all the time, Eric insisted that we needed one. (I did
Post a Comment
Read more

September 22, 2011
Sometimes I find myself very disappointed with cakes when I buy them from bakeries and grocery stores. They just taste like they are loaded with artificial flavors, preservatives, and who knows what kind of fat is in there. I know butter is not the best thing for heart health, but at least it's natural. And it tastes so good! Sometimes I do use a combination of shortening and butter, but that is when I decorate the exterior with piping and it needs to set up firm and hold well. Using only butter here, makes this work well as filling too. No, I don't use egg in my buttercream. I know some recipes call for egg, but honestly I don't want to worry about salmonella contamination every time. You should get about 3-4 cups of frosting from this recipe. Ingredients 1 cup butter, softened to room temperature 4 cups confectioners sugar 1 teaspoon vanilla extract (clear if you want it really pure white) 2-4 Tablespoons milk Method 1. With an electric mixer, beat the but
Post a Comment
Read more 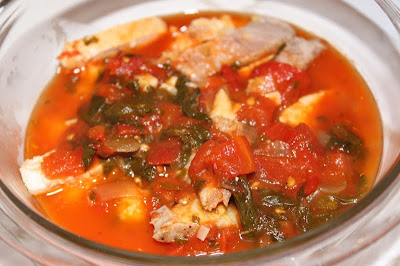 I picked up this recipe from my hubby's grandmother. The first time I had polenta, I couldn't believe how good the sauce was.  I have made a few small changes to her recipe, but it's pretty much like hers.  I used fresh tomatoes instead of canned. I chose Roma tomatoes, since they are plump and sweet, and a few vine-ripened regular tomatoes. They cooked down nicely. Make sure to use regular onions. As much as I like sweet onions, they don't taste right in tomato sauce like this. I was too starved for dinner to make my polenta formed and toasted, so I scooped it into bowls, added some of the sliced meat, then poured about a ladle-full of sauce on top. It was fantastic! This sauce it worth the effort. One more thing, I have heard from dear hubby that this is also great made with wild birds instead of chicken. Since hunting season is coming up, I will have to wait and see if he brings home any chukar or sage hen for me to cook up. Ingredients 2 boneless skinle
Post a Comment
Read more
More posts