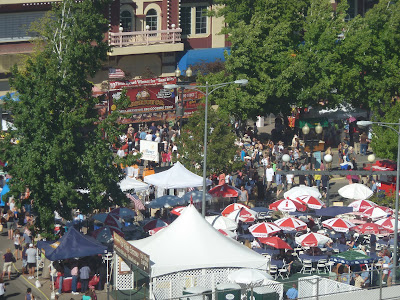 2010, another year, another rib glut! For years, we have made it a point to attend this annual festival devoted to pork ribs. I have to say this year, it was bigger and busier than I have seen, ever. Around Victorian Square, there have been many changes this past year in terms of buildings being demolished and turned into parking lots. The city bus system opened a new station as well, so there were just general improvements for access to the cook-off. We arrived mid-afternoon and walked to see what was available, end to end. It was a long, slow walk because the amount of people was incredible. We checked out the vendors. A whole area was set up in front of the theaters, row upon row of tents of vendors, more than I have ever seen there before. They even had a tiny carnival set up for kids with a midway where you could win a hermit crab. They thought of everything this year. We returned to the Nugget to relax in the hotel room before dinner time. We had pr
Post a Comment
Read more 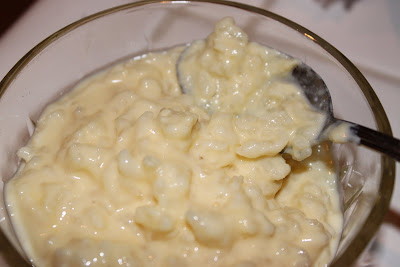 Rice pudding is one of my favorite comfort foods. It's funny to think that most of the people I have met weren't familiar with it. The best comparison is that it's like tapioca pudding. It's custard with rice. I have fond childhood memories of coming home from school to find the same rectangular covered glass dish in the fridge filled with this heavenly treat. It was almost torture to have to wait until dessert to eat it. I think knowing it was there made whatever we had for dinner disappear faster. Once I left home for college, this became a special-occasion treat for me. I didn't get to make it very often. It's time consuming and requires constant attention. If I went home to visit Mom and Dad and found some in the fridge, well, it was history. At some point, I was shopping for grocieries and noticed Kozy Shack rice pudding in a tub by the refrigerated Jell-o. I was curious. So I have to say, Kozy Shack is a reasonable substitute when I don't have the
Post a Comment
Read more
More posts