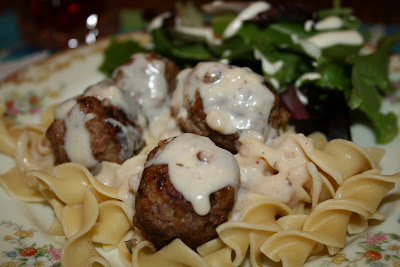 Once upon a time, a long time ago in an apartment just across town, I attempted to make meatballs for the first time.  I didn't have a recipe. I had a package of ground beef and a friend with an idea for dinner by my side.  We rolled the meat into balls and put them in a hot frying pan.  We stood there, poking at the meatballs, wondering how in the world would we know when they were done? Then I rolled one, and it was burned. Then another and another, all burned. We laughed at our mistake and tried to eat the unburned half of the meatballs with spaghetti sauce from a jar and slightly overcooked pasta. But it was still OK.  I had to learn somehow.  Cooking is about doing it.  Pick something, come up with a way to cook it, then give it a taste. Since then, I have figured out how to cook meatballs without burning them into little briquettes. I got a recipe from a real cookbook and tried it. Then I made it again with a little change.  Then again with another little change. Over a
Post a Comment
Read more
More posts