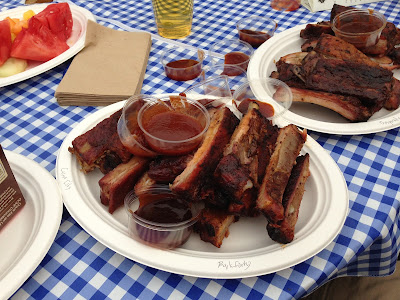 This year marked the 25th annual cookoff. There were all the usual events, like free concerts with Diego's Umbrella and Bad Company, vendors along the street, the carnival rides, the Rib Village, and Maker's Mark showed up to sell commemorative 25th anniversary silver-wax-dipped bottles of bourbon.

The old Silver Club, has re-opened under the new name of Bourbon Square Casino.  They had a beignet stand just outside the doors.  I love donuts and beignets and these were super, super good beignets! The fried pickles from the next stand were pretty good, too. 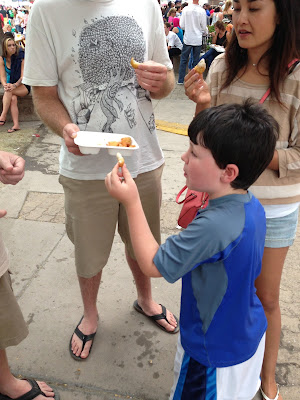 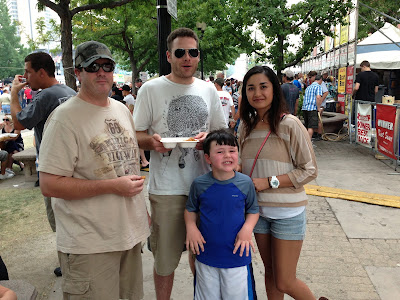 This year, we went to the Rib Village and methodically taste-tested ribs.  We took a plate of ribs with the matching sauce and shared amongst ourselves. The 5 of us, me, the husband, his mother, his brother, and brother's girlfriend did the tasting.  The kids were there, too, just not doing any evaluating. 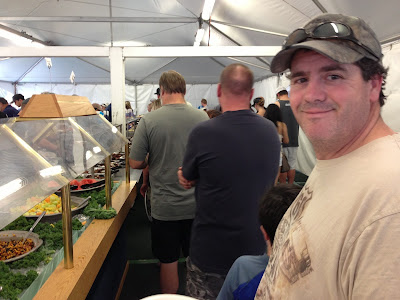 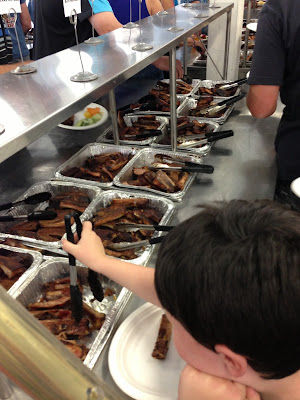 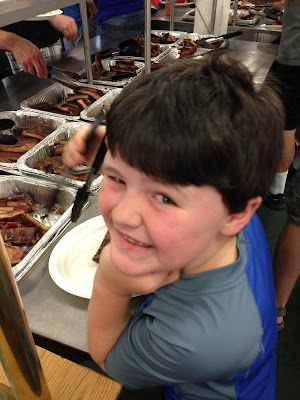 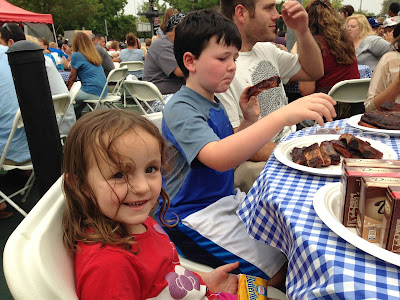 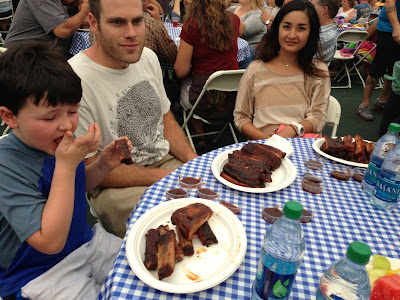 We concluded that the overall outstanding ribs and sauce belonged to Back 40 Texas BBQ. The brother and girlfriend both really liked Rasta Joe's as their 2nd favorite. I liked Carson City's in 2nd. I was not impressed by Chicago's or  Barbecue Company's ribs or sauces. 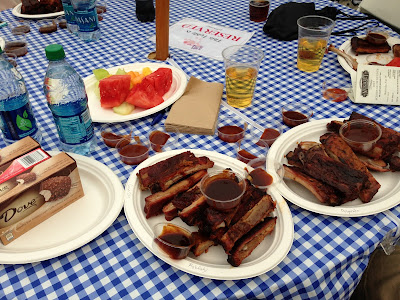 I was a bit disappointed at some of the ribs put out for serving in the Rib Village. You could tell they had been in the holding ovens and really got dried out.  Desperado's ribs had a very strong rub that didn't agree with me, but the ribs were tender and not dried out. Aussom Aussie's ribs and sauce were tasty, but the ribs were dry. Sweet Baby Ray's was here this year. I love their sauce! We all agree that ribs fresh from the smoker are superior to the ribs held for the Rib Village, but it sure is nice to have a table and a waiter!

After we stuffed ourselves with ribs, we walked around the street vendors.  There was the usual Tiffany-style glass lamps, hats, clothes, artwork, and the like. After the food digested a bit, we also enjoyed a funnel cake with strawberries and whipped cream and some deep-fried peaches.

The official prize-winners were announced Monday.

We're very familiar with Famous Dave's and Kinders, and also have previously loved Texas Outlaw's ribs.  These winners are all deserving of their prizes. They have consistently good food.

For more information, visit the official Best in the West website. See you again very soon! 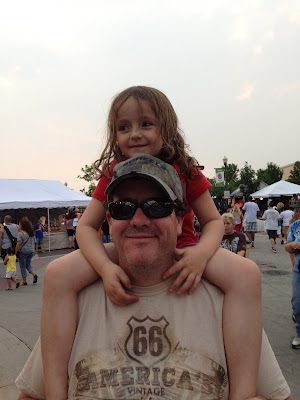