September 05, 2012
I had 10 pounds of tomatoes sitting in the fridge. I decided we couldn't eat all the tomatoes from the garden right away and that canning them (actually preserving them in a jar) was a good idea. 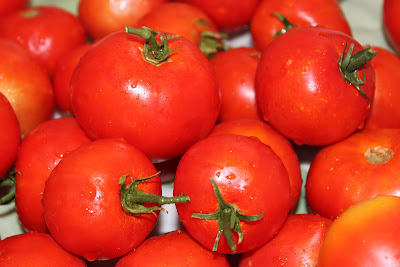 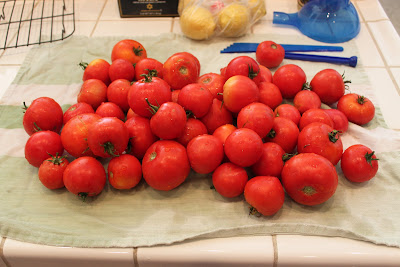 It's a lot of work to preserve anything in a jar. I had forgotten this.  It's been a few years since we've had enough of anything to make canning worthwhile. Thankfully, Mom was around to help me. Also I relied heavily on my copy of the Ball Canning and Preserving Blue Book.

I got my supplies together and washed. 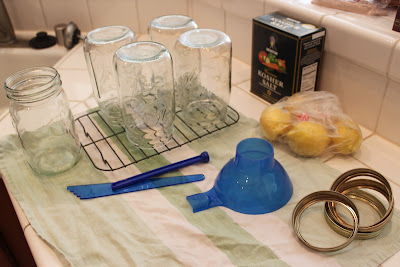 We blanched the tomatoes to get the skins off then cut out the stem-end core. 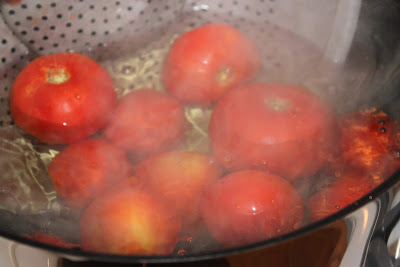 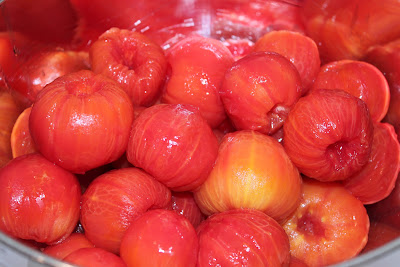 We sliced them in half and loaded them into hot jars with 2 T. lemon juice and 1 tsp. kosher salt per quart jar. I did not add water or pre-cook the tomatoes. This was a pack-in-its-own-juice type of recipe. 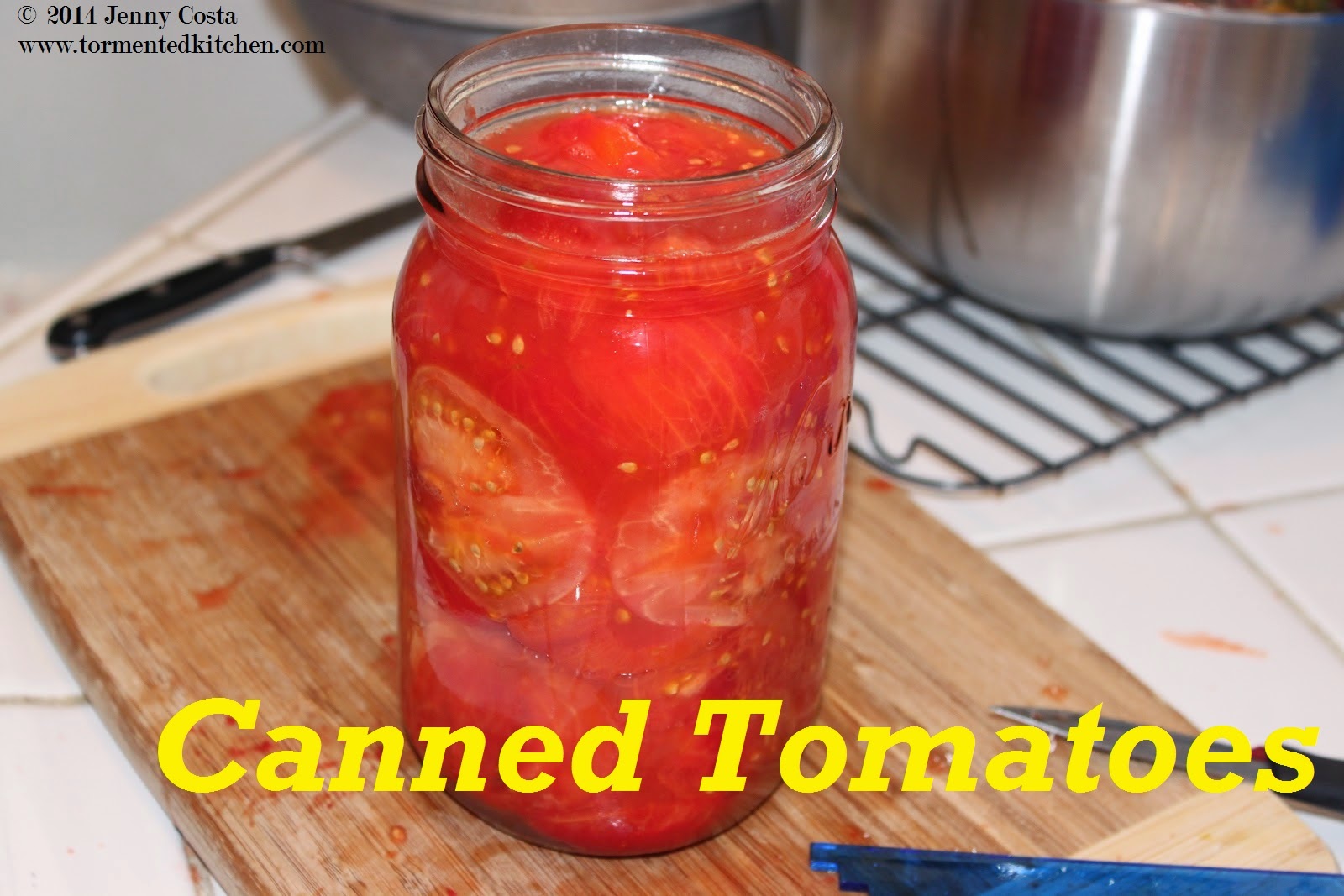 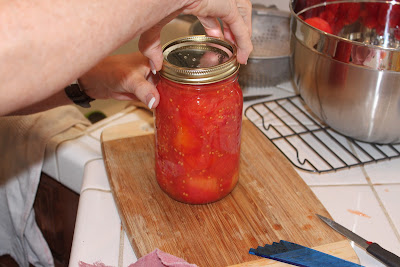 Then we boiled them forever, or for what seemed that long. They actually cooked for 1 hour 35 minutes thanks to the altitude adjustment. (Please research correct cooking times for your location. The original recipe said to cook 1 hour 25 minutes in a boiling water bath at zero altitude.) 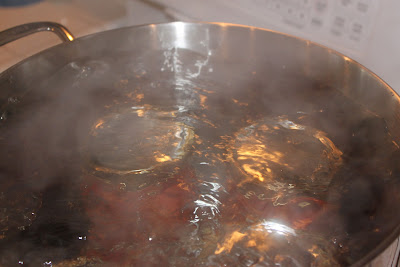 Then, we covered them up all night-night-lamby-kitty so they wouldn't cool off too fast and hoped that they would all seal up tight. (It wasn't really night time at this point and no lambs or kitties were involved. That's just a little inside joke between me and Mom.) 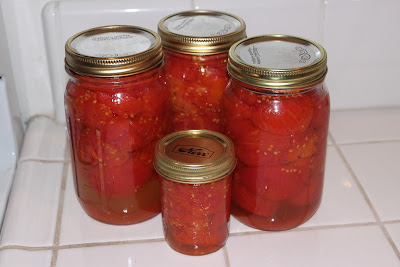 After the jars cooled a long while, they started to pop. That means the lids sucked in and that they had sealed properly.

Now I have 3 quarts plus a pint of tomatoes saved for later. Yes, it's time consuming but you honestly can't beat the flavor of home-grown food.