September 20, 2012
Last week, two of the ingredients in my mystery box that didn't get used for mystery dinner, got used on another night.  Hey, I was not letting this good stuff go to waste!

A while back a saw this recipe from Giada de Laurentiis. So I made it. It was good. The kids wouldn't touch it because, ack! Green veggies! 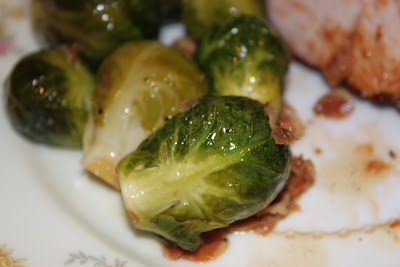 They're weird kids. They might eat broccoli and green beans, but forget anything else green. Oh well. Kids go through phases. I hope it won't last too long.

Anyhow, I eye'd Giada's recipe and cooked it up. It sounded perfect. I had the pancetta and sprouts left from the mystery box. And you know pancetta is the Italian version of bacon so it has to be good. Anything with bacon is delicious.

Yum, fresh sprouts! I trimmed off the stem end and washed them. Aren't they cute? Like miniature cabbages. 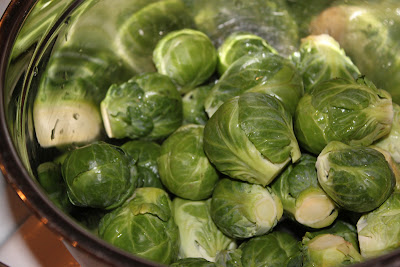 Diced up pancetta frying away.  The addition of garlic was so tantalizing. 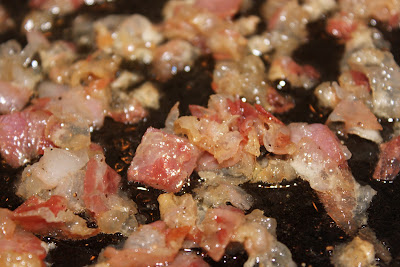 Mix it all up, hot and juicy. Add a splash of chicken broth and simmer it down. 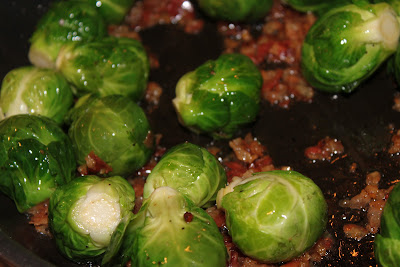 This one is definitely on my radar for the future. Just make note to use low-sodium chicken broth because the pancetta already provides a fair amount of salt.
bacon garlic pork side dishes vegetables