September 08, 2011
I've been going to the Nugget Rib Cookoff for years. The first time was way back in the early 90's, when I was a teenager. I missed a few years, but the past 8-9 years or so, my husband has made sure that we go. 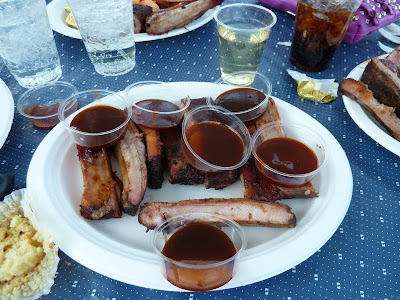 Dear readers, you know we love meat. We would starve as vegans. This cookoff was no different than past ones.  We went a couple different times, ate both from the Rib Village and stood in lines. We feel that gives us a fair representation. Sometimes, ribs hot off the grill are just so different from the Rib Village pans of ribs. You still get the flavor, but the fresh hot smokiness can get lost from getting wrapped and piled in a pan. 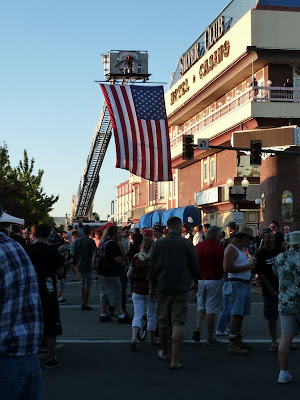 A few of the entry booths have local restaurants so we already knew what to expect from them. Kinder's, Famous Dave's, BJ's Nevada BBQ. We know you guys very well, very well indeed. 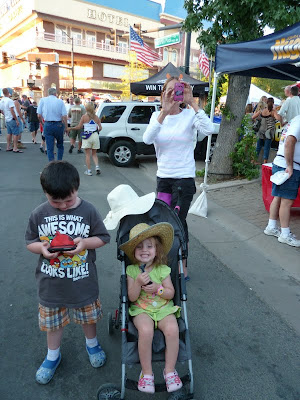 We went Friday night to the Rib Village. We were at the table right next to John Ascuaga himself. You know you're doing something right when you're near the owner.

I think Victorian Square was not as crowded as I have seen in past years. We ate, meandered through the merchant booths and let the kids play in the fountain in front of the theater. 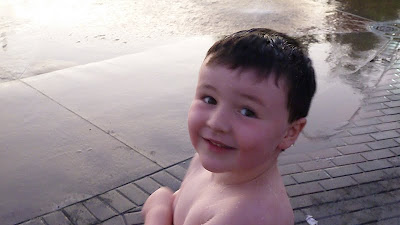 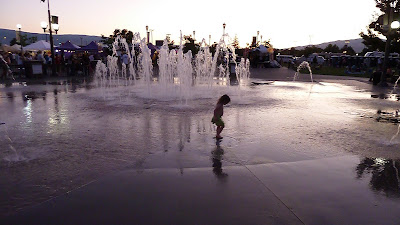 I was quite pleased to see both kids eating ribs. Eric has been a bit picky when it comes to eating meat, so it was awesome to know he's branching away from steak, hamburgers, hot dogs, and chicken nuggets. Haley, on the other hand, was crazy for ribs. I took her through the Rib Village line with me, thinking we'd share the plate. No, that didn't work for her. I had to give her my loaded up plate and go back to get another plate for myself. 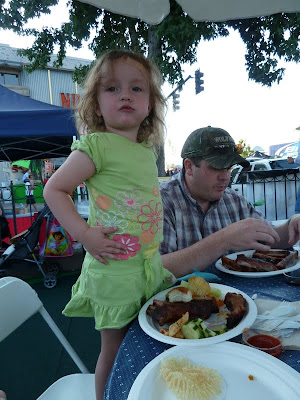 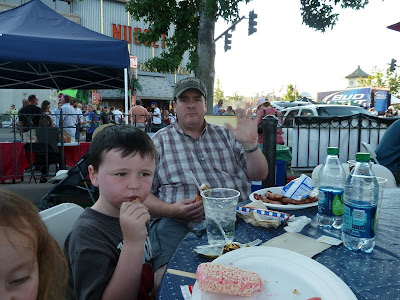 I did my usual bite here, bite there on the ribs. If I didn't like it, I didn't eat it. If I liked it, I ate the whole thing and went back for more. 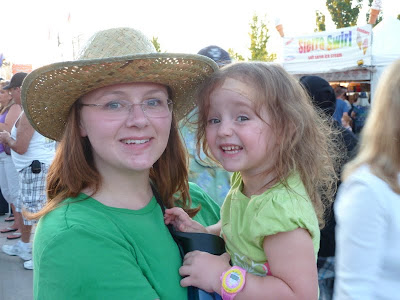 One nice thing about the Rib Village is that the sauce is separate from the ribs. You get a really clear idea how the ribs taste without the extra sauce. You can taste the smoke, the rub, the saltiness, and really determine if they're tender or tough. I like to take one test bite to check all that out before adding sauce. 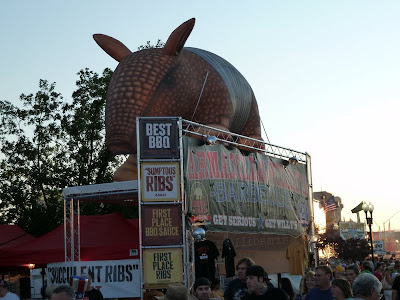 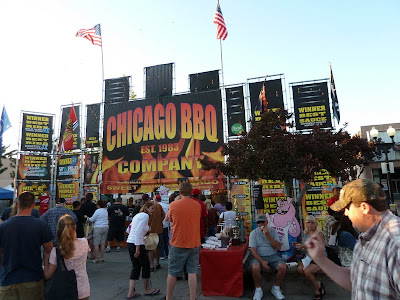 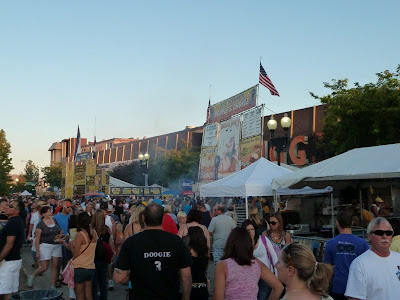 As for sauces, I didn't like Chicago's regular chipotle sauce, but their sweet sauce was good. We all liked Kinder's sauce, Awesom Aussie's sauces. In the past, we have bought the gallon jug of Awesom Aussie's raspberry chipotle BBQ sauce, so I'm still a fan. Justin also loved Bone Daddy's sauce.

Sunday night, we went again. We only got a few things from the cookers, a funnel cake, and caught part of the Blue Oyster Cult concert. Again, it was not as busy as I have seen in the past. The music was good, the weather wasn't too hot and the food was great. 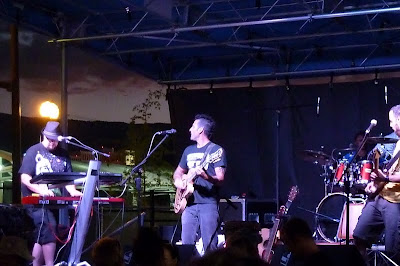 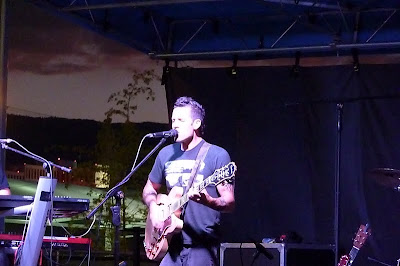 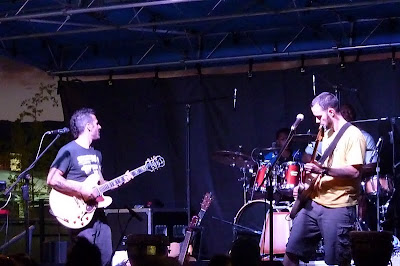 Monday, the winners were announced.

Now that the event is over, both hubby and I are craving more ribs and wishing it was still going on. That means we'll be back to one of the local BBQ restaurants pretty soon to get our fill. See you again real soon!